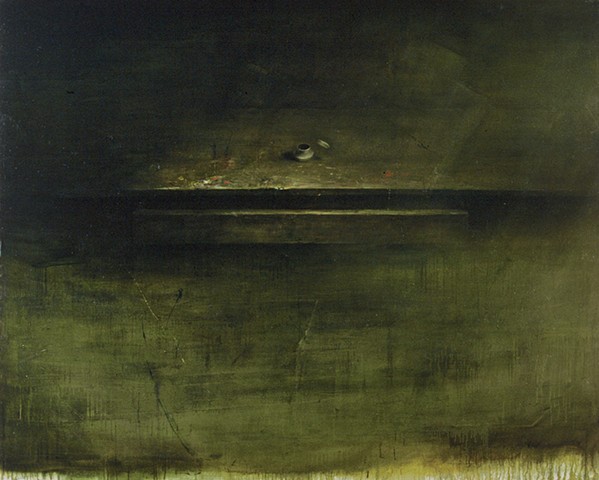 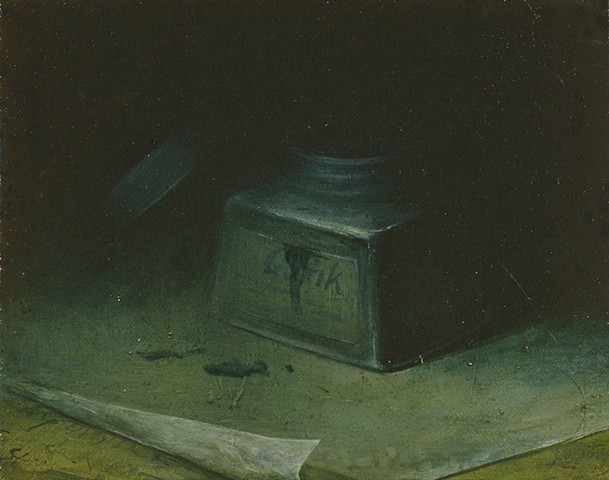 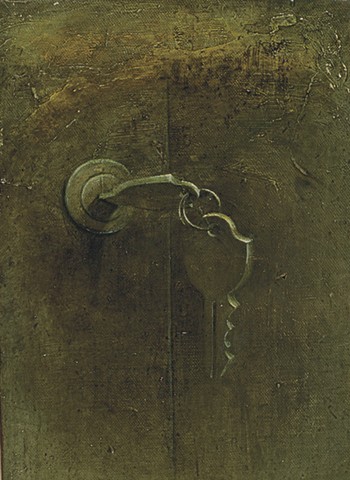 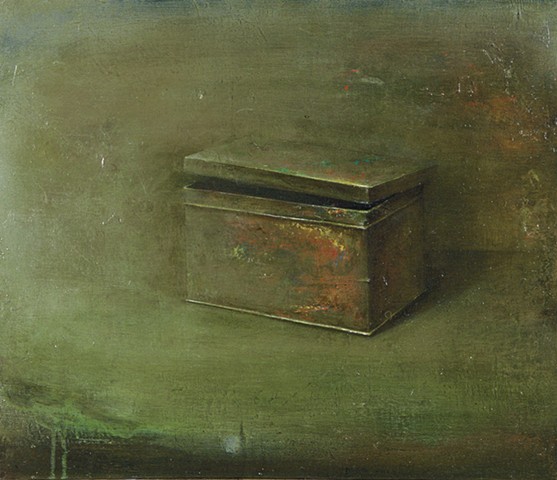 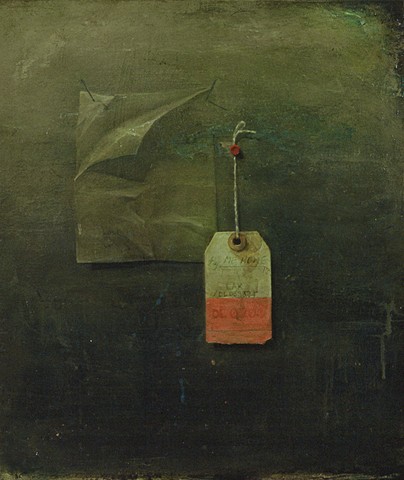 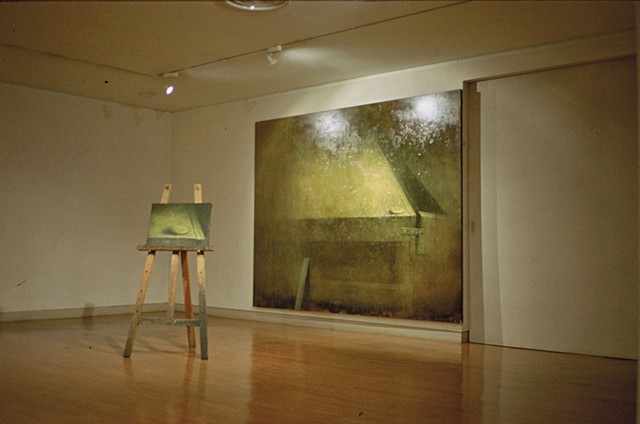 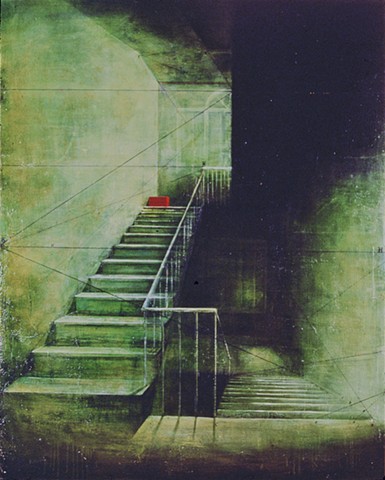 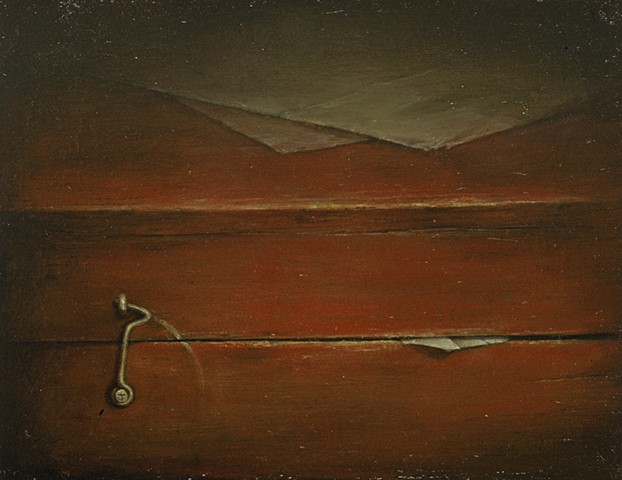 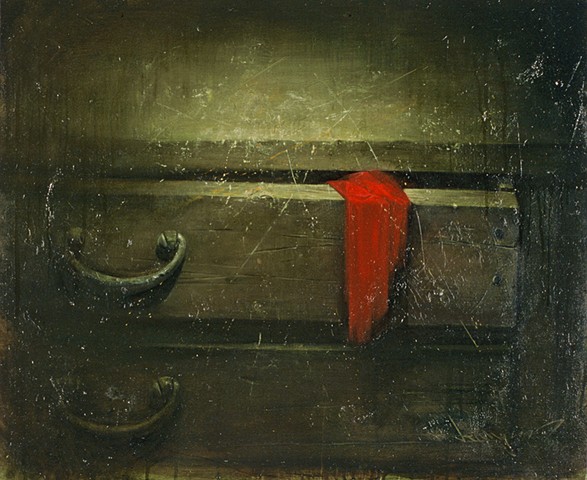 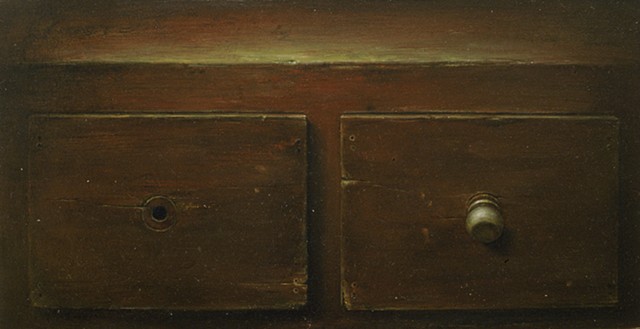 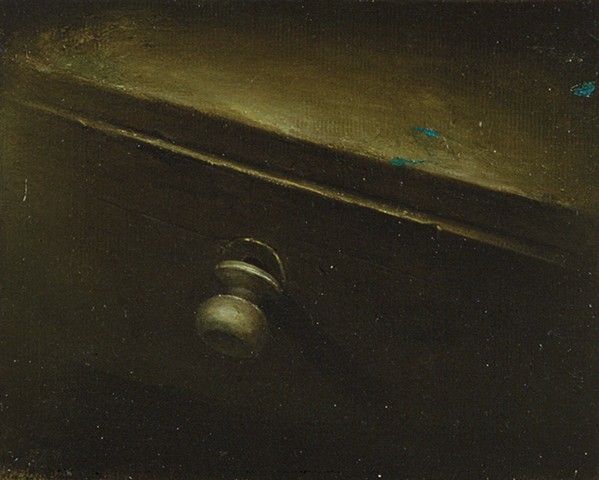 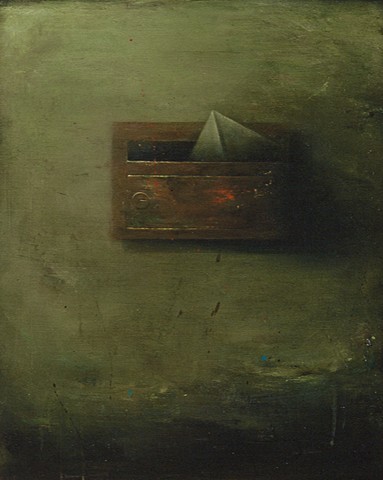 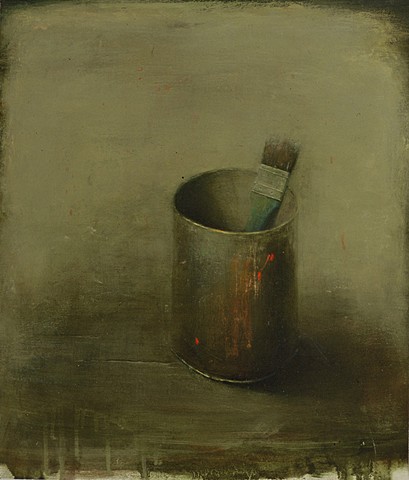 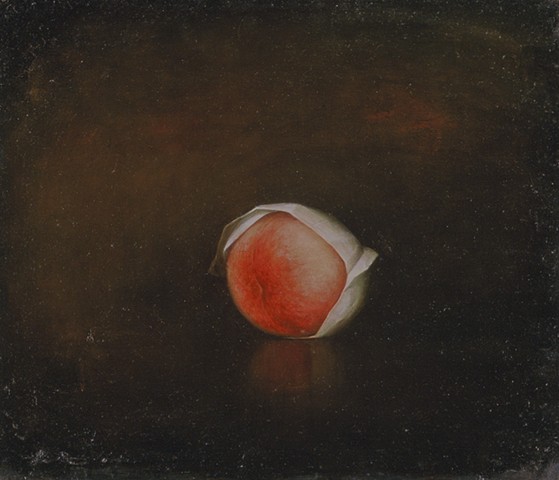 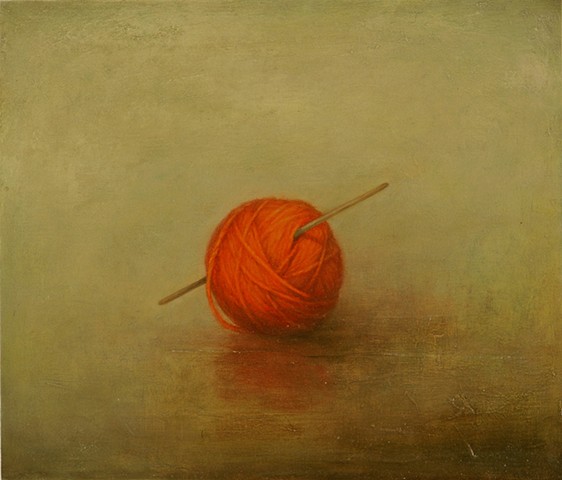 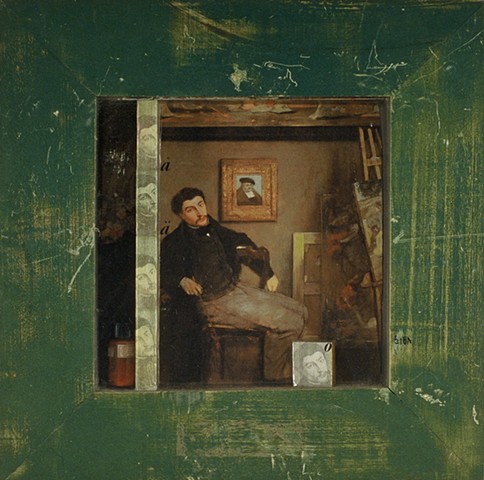 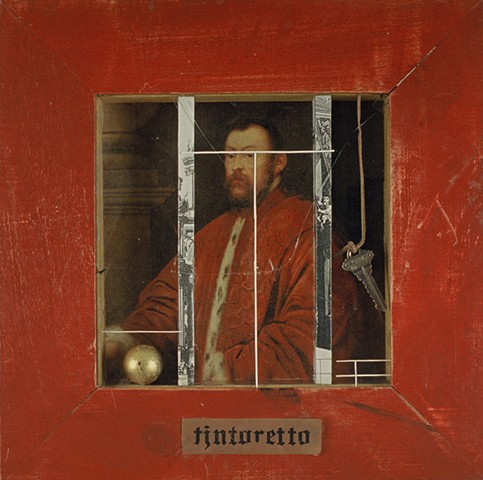 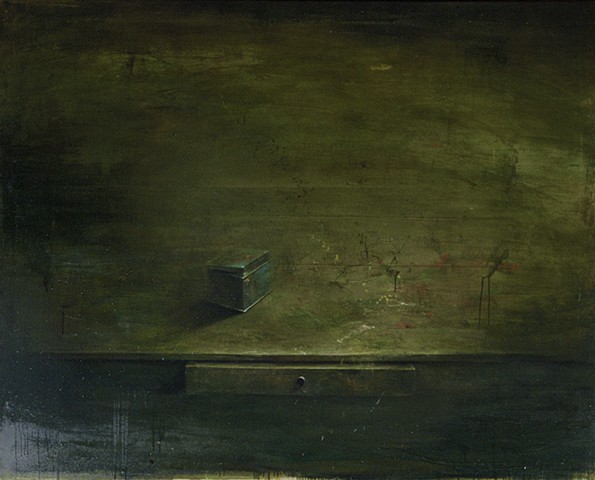 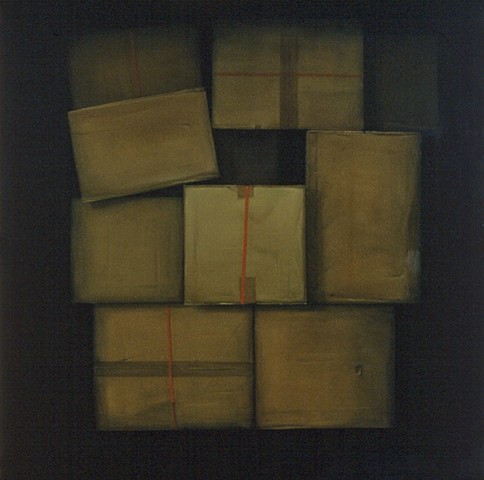 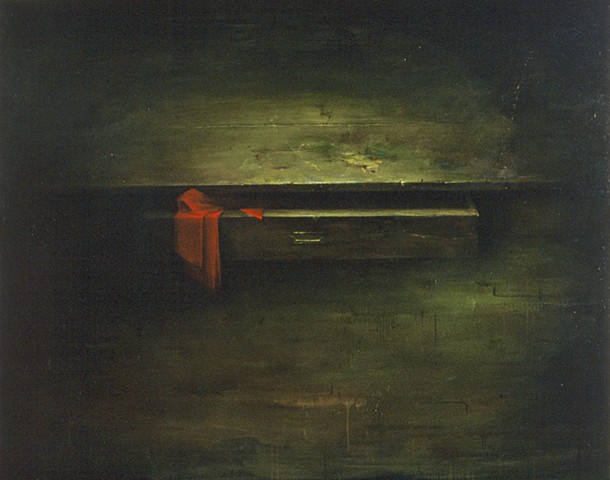 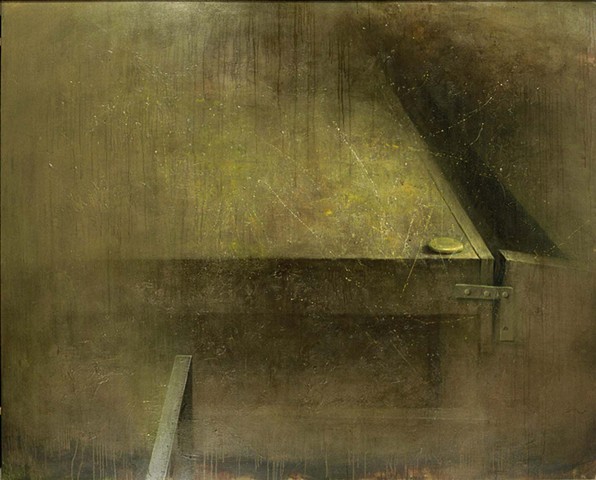 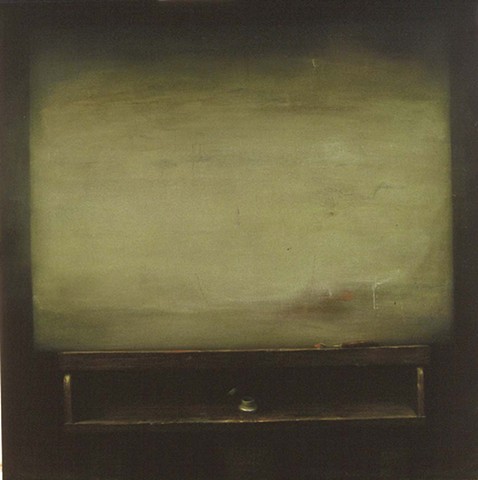 "What a far-off, desolate and isolated world this is. It is a point in time filled with despair of apprehension" In the movie "Nostalgia", the Russia-born film director Andrei Tarkovsky portrayed the sense of existential forlornness as above from a traveler's perspective. Likewise, Jeong Im Yi's paintings evoke a sense of estrangedness similar to what I felt in the scene from Trakovsy's film. There prevails the curiosity of an outsider, which is confronted with the unfamiliarity of history and time. In Yi's paintings, the places that are easily neglected such as building corner or stairs becomes something worthy of reality and magically transforms the everyday space into the non-real and non-present and utterance, death and life exists and sires the atypical flow, through which the artist tries to open up a possibility.

In this aspect, Yi's works do not explicitly present "certainness" in terms of time and space. The reality in her picture does not directly reflect or replicate the world we live in. Rather she reassembles the conventional format and takes viewers on regressive trip beyond what we are accustomed to through intersecting, blending and adjacent placing of time and space. For example, the teddy bear plush toy or the objects placed on the table in "Scene" do not necessarily function as an indicator of the present moment but a guide instead that invite viewers into a place where recollection and oblivion criss-crosses. When reality possesses the transcendental power, its mystical energy can induce viewers to experience the moment at which they can retrieve past memories from their subconscious and be taken further beyond. Yi's time does not elapse in a single, linear fashion but the sequence gets repeated, accumulated or paused in multi-linear segments like sophists' shooting of arrows. This does not attest to her obsessive mind about her past memories, whether remembered or forgotten, but signify her attempt to fumble toward and carefully draw out what has been submerged in the phases of time.

Meanwhile, the works likes "Earth and Sky", "Stairs" or "Scenery" contains the elements that are obviously "architectural" as well as "theatrical". As the architectures of Bauhaus and Conrbusier strived for "perfection", the Greek-styled architecture in Yi's paintings symbolizes her act for "erecting a house" through painting as well as her opinion about the current civilization. Nicholas Pussin, 17th century French Classicism painter, declared Rome his second home and called it "a lofty and earnest place". This does not only refer to a longing for the exotic culture but a spiritual journey of philosopher to trace back the times to complete a quest for the origin. In Yi's case, it is read as an effort to pursue a new wonder by appropriating the classic style of ancient architecture and re-visualizing the fundamental concept. Therefore, Yi's stable and silent space reminds viewers of the grandeur in the ancient cityscape like Arcadia, proverbial for a pastoral life, all of which get envisaged right in front of our very own eyes thousands of years later. The similar effect of transcending the sense of time and space can be found in "Nostalgia", "Voyage", and "Fly Me Home" as one finally returns home from a lengthy journey.

Yi has been selected as the "Tomorrow's Artist" of 2002 and successfully demonstrated the artist's spirit and strength to stand firm in the midst of this graphic image pandemonium. Her images are clearly district and distinguishable from the formality and the feats of the machine-generated visual media. Furthermore, unlike other young artists who simply pursue a stylistic and technical diversity in art, Yi knows to add a delightful texture to our everyday life. Although there is a possible risk that her images may be viewed as a cliché, she is fearlessly charging on to tackle the subject nevertheless. Conforming to her own sensibility in a candid manner, she is making a protest in a silent, subdued voice about what art should be and what art can do.