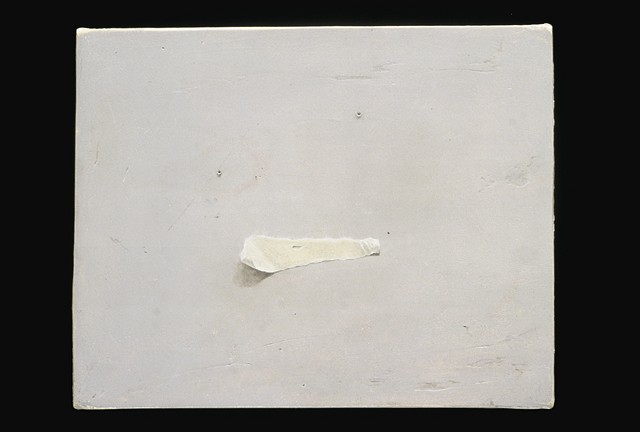 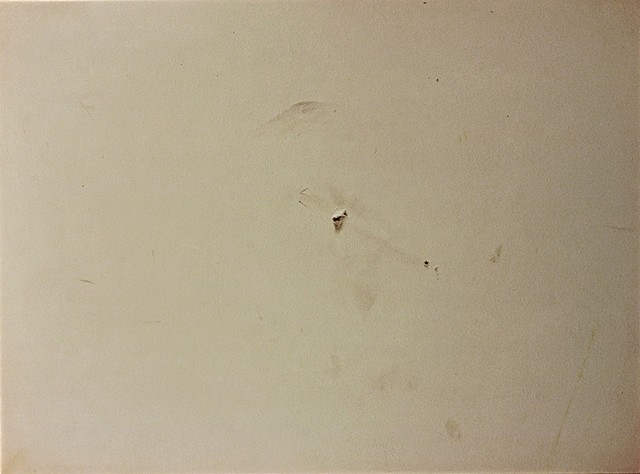 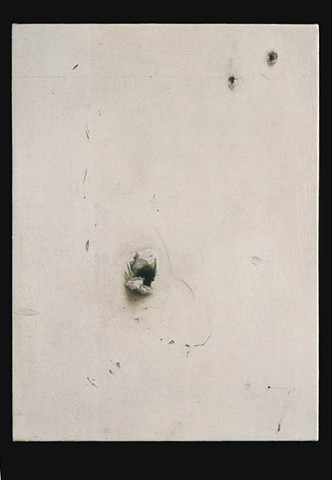 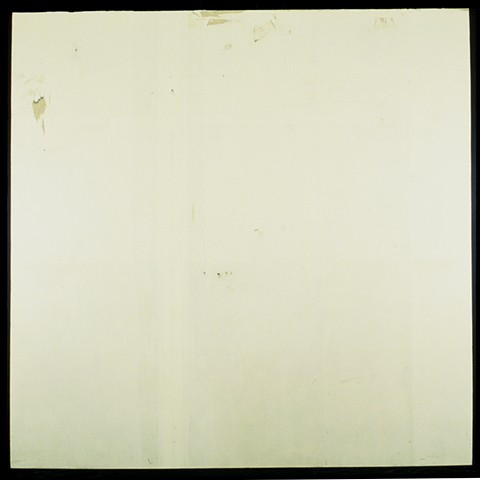 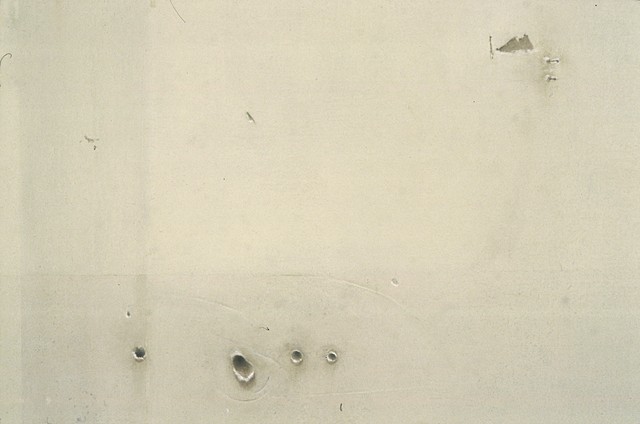 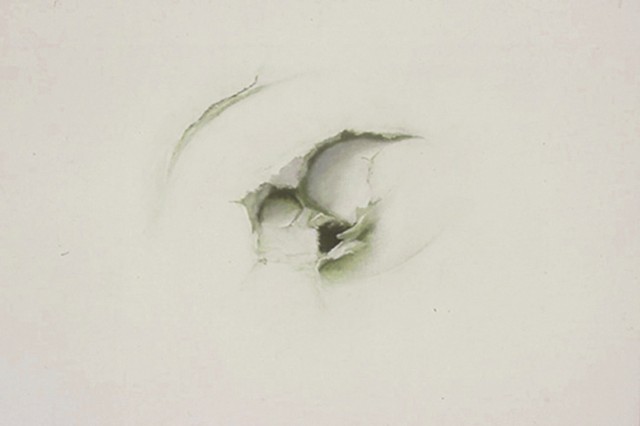 Detail of Michael
Oil on Canvas 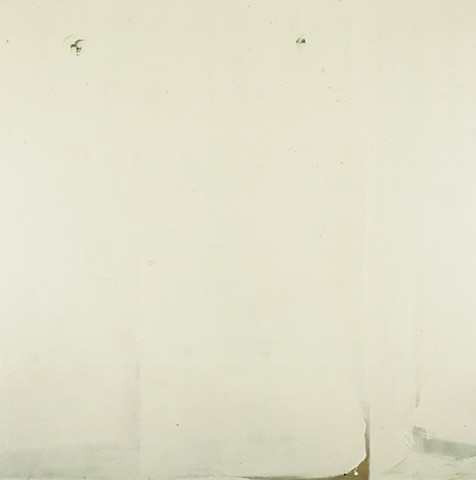 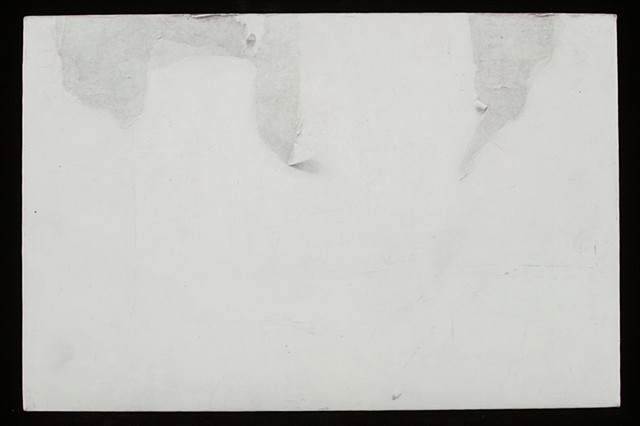 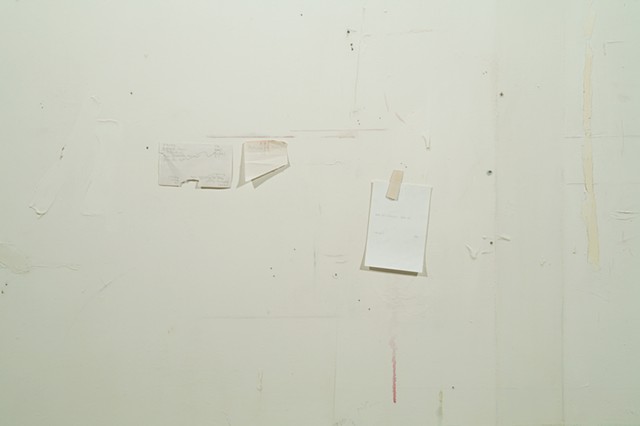 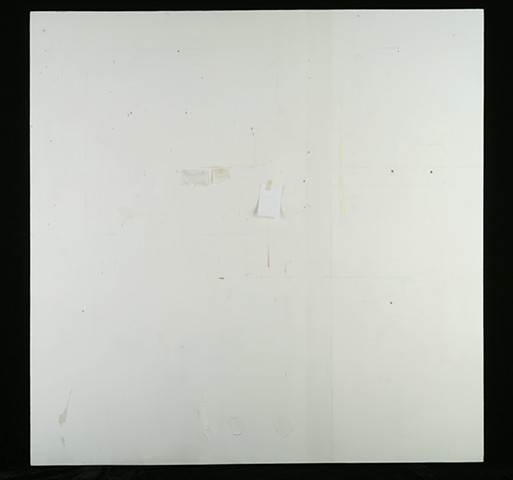 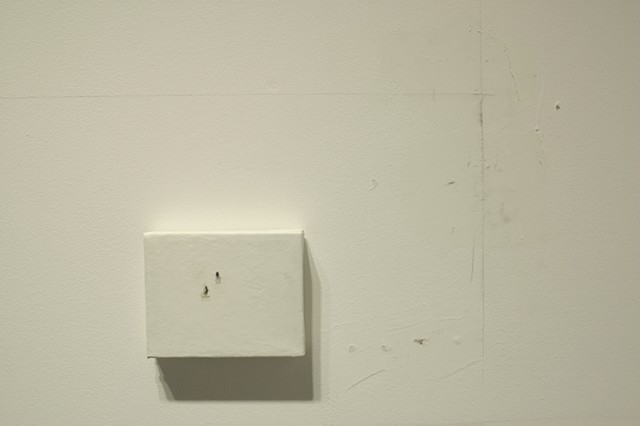 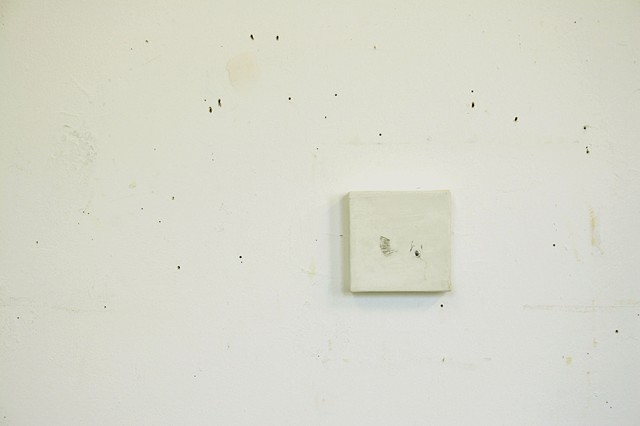 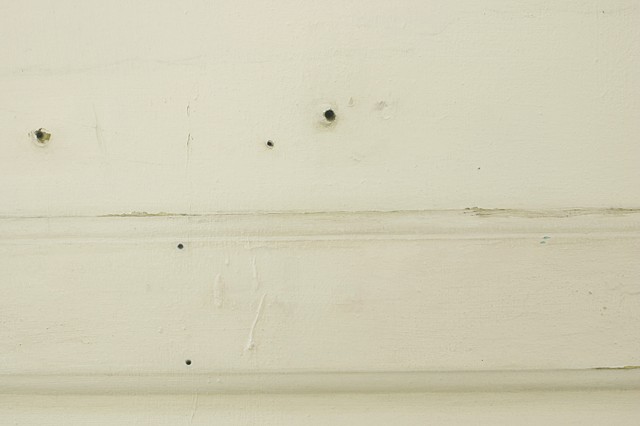 Detail of Headland Center for the Arts, East Wing
Oil on Canvas 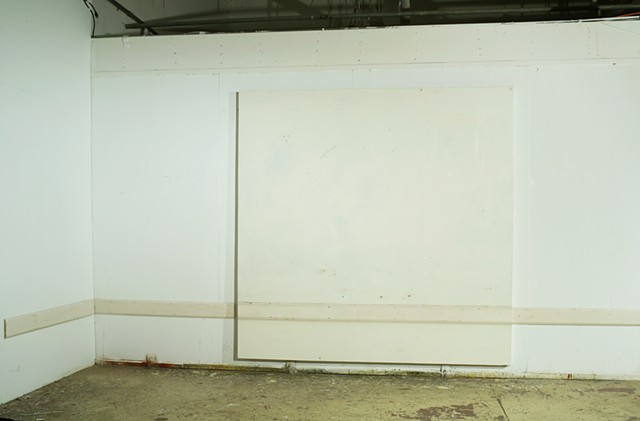 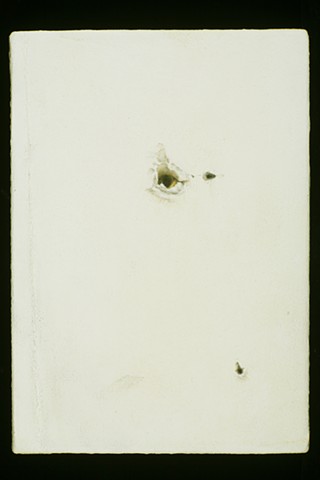 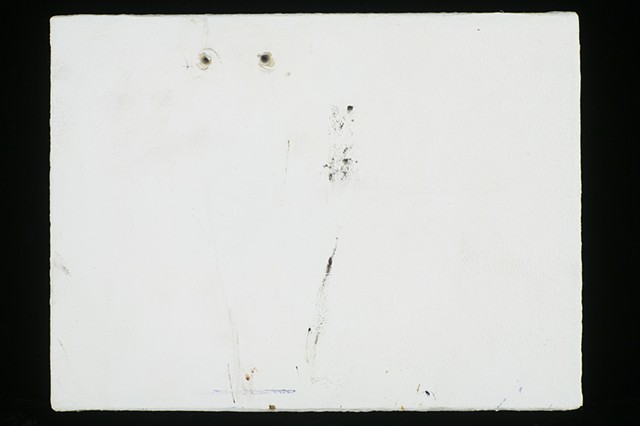 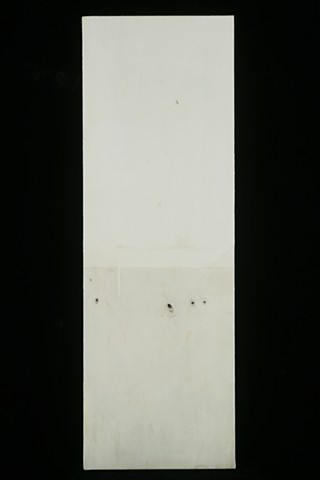 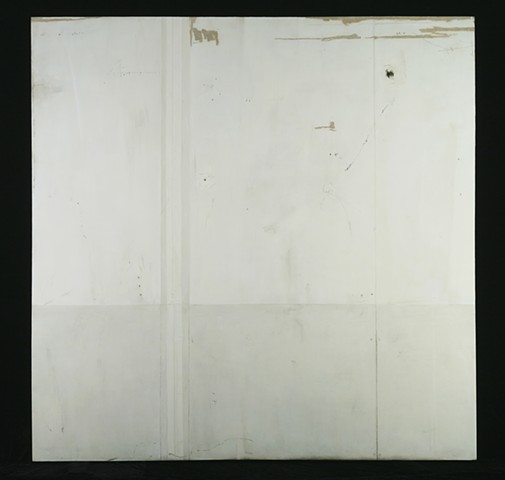 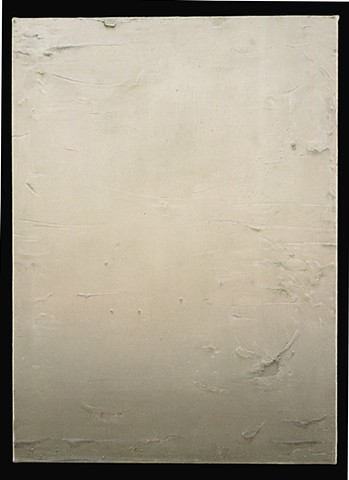 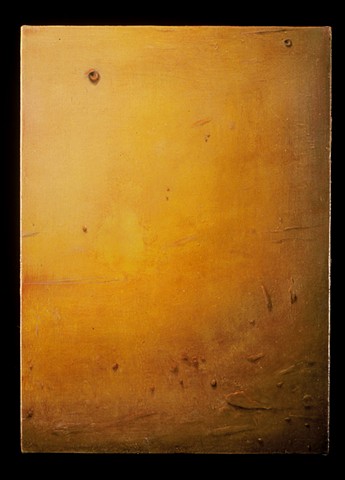 To consider the work in this exhibition is to enter into the equivalent of a performance; that or rather those performances are stilled, hushed and hovering, sentient and quietly requesting your attention. You are urged now to enter a world and in that world to behold a certain form of the beautiful that resides in that which might otherwise be unseen altogether. Here we are in the world of aftermath, the sites of events and activity and resides.

The work has clear relationship to tradition of trompe l'oeil that were early explorations of reflecting the ocular and real and contained elements of the magical as well as technical virtuosity and more recently have been issues of simulacra and notions of the reconsideration of what is real. What is at the core or this work, which is technically beautifully realized is more than skill rather it is a form of visual poetry; each piece regardless of size accounts for an exact valency of visual experience the tiny apurtures, scratches, drips and all of the marks are all as originally experienced. These are both literal and by extension metaphysical forms of visual enquiry.

Most importantly in these works what Jeong Im Yi brings is a revitalization of the idea that painting as unique within the visual arts as it contains within its enigmatic being a condition of ever presentness that is it has the capacity to exist. Both here and now and then and there. These paintings are an archive of sentience, observation and reflect both consciousness, time and space in concert. They can be regarded, if not as devotional at least as sacred in terms of the quality that is defined, by which I mean timelessness, absence and presence, these three attributes are characteristic of this artist's vision.

Here then is painting as ritual, numinous geology and as a manifestation of awareness. The color white has a variety of meanings trans culturally in the western art tradition. It became the neutral environment in the galleries of New York at the early 20th century. It was easier to repair and repaint the walls at the turnover of exhibitions as studios became more numerous it was white that provided maximum light reflection and thus it became popular. Beyond matter of history there is a poetic reality to be found in the mostly humble or least spectacular environment and artists can function as the primary seers of their community or society. This artist has inhabited the worlds of which she speaks these works are quiet and yet intense residues of sensibilities that are both intellectually and emotionally precise.