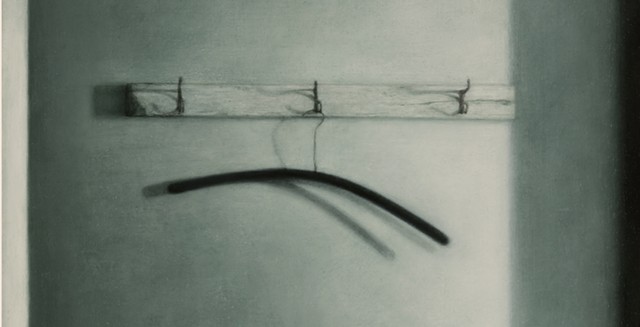 Around Us All the Time - Essay on the solo exhibition, "Around Us" in 2013

In a recent exhibition in San Francisco one painter gave us pause for thought if we as an audience were able to pay attention. At the heart of this exhibition was a silent request that request was to suggest that if one pays attention there may be real rewards, not those that are measureable in terms of amount but rather in terms of the quality of experience. Artists and painters perhaps in particular are able to allow us to see because they contemplate and visually engage in the world to bring us evidence or stories to bring the world into a form of comprehension. The works of Jeong Im Yi are visual suspensions of both time and space wherein the familiar or seemingly familiar is held through rigorous inspection to a level of interrogation potent focused and poetic. Her works is placeable within many traditions still life, landscape. Much based upon the structure of the photograph but they are not photorealist works but rather photo referential. What the photographs provide is the starting point, not final destination of the painting because one is reminded of the notion suggested by the great soviet film maker Andrei Tarkosky, that cinema is a form of prayer. In these luminescent paintings Jeong Im Yi may be a witness and through silent enactment be bringing a sense of spiritual grace into the world. These works are not mere document that maintain an optical fidelity to the world perceived but rather are forms of visual manifestation of a wordless reality of experience. The work becomes through the most subtle and exacting process evidence of both optical and psychic interaction. Painting is in a way similar to the playing of musical instruments relies wholly on the nature of touch in order to fully convey ideas or sensibilities. In her work Jeong Im Yi has been celebrating the fleeting the eternal and infinite all at once because in her work she fuses the concept of that which is knowable only through intimacy and that which can contemplate vastness. The moment of light upon the sepals of a flower are charged with both sensual and spiritual precision that connotes a knowingness which both experience and a desire to know can embrace. So there we have an artist who requires that we become fully engaged in the process of looking to the point eventually of seeing: the artist's eyes, as both mirror and lense. Art has many implications and a multitude of intentions but at the core of these suspensions is the profound and simple fact that we are gifted each moment of life's unfolding by all of our senses and that it may be our duty to be more attentive to what is given to us by those senses and the senteince that connects and coheres into our experience of the world.